Imagine creating a large registration on the Swell that includes the full reed chorus, an extremely rich, beautiful sound. Now imagine being able to reduce its volume to pianissimo, and it becomes usable not only in loud passages, but in a very broad variety of musical circumstances. The wider the volume range, the greater the control by the organist. This is why it has become every organist’s (and every organbuilder’s) dream to obtain more efficient expression enclosures. With new technology developed by Ruffatti, this is now possible.

Several factors contribute to reach the ultimate objective, and they all come from a series of observations. Let’s start by considering what happens to sound when the expression box is closed. If sound filters out, the volume differential between the open and the closed box is reduced. Therefore, our logical first move was to create shades and panels that reduce sound propagation to a minimum: two-inch-thick mahogany finished panels and shades, built with a special technique and tested in the sophisticated laboratories of the Fraunhofer-Institut für Bauphysik in Stuttgart, Germany. 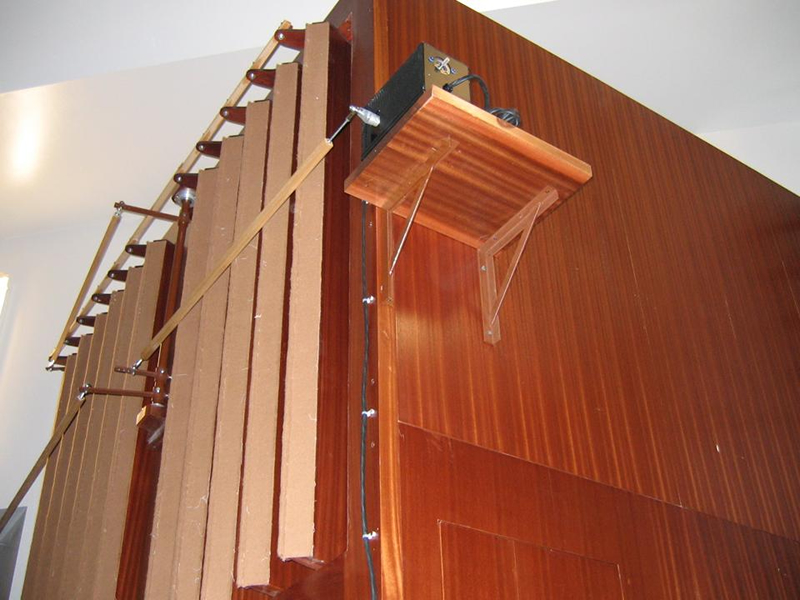 Another important factor that contributes to the success of the Ruffatti expression enclosures is the careful attention given to sealing all possible openings, thus keeping the sound energy inside the box when it is closed, without dispersions. The following photos illustrate this aspect.

Let’s now consider what happens to sound when the box changes from an open to a closed position. If we measure the sound pressure inside the box while the box is open we will notice that, when closing the box, this level increases significantly. It is easy to explain why this happens: the openings between the shades act as an efficient sound absorbing surface, which is replaced by a large reflective surface (the flat surface of the closed shades) when the box is closed. As a result, the sound pressure inside the box increases considerably. This natural phenomenon works against the creation of an efficient dynamic range outside of the box: if the volume inside the box gets higher when the box is closed, more sound will filter through to the outside, thus partially defeating the purpose of creating a wide dynamic range.

Ruffatti has found an efficient solution to this problem, by installing a special device inside the expression enclosure, which reduces the volume of sound when the box is closed, while at the same time providing optimal sound projection as the shades are being opened. The end result is a dynamic range which is at least double that of what is normally considered to be a good variance of expression. This is a significant contribution to the most sought-after characteristic of any organ: versatility. 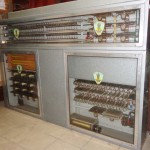 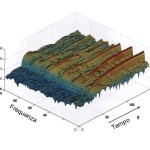 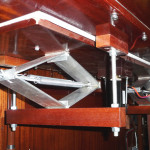 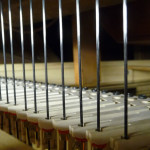